Home1 / Blog2 / Did you know?3 / Crucial communication: 3 Reasons Why We Like Arrival

As providers of professional translation services, we have a clear understanding of just how crucial it can be to make sure you are understood when you and a person you’re trying to communicate with don’t speak the language. However, we realize this is not something everyone gives much thought to. That’s why it’s a pleasant surprise to us that there is an upcoming, critically-acclaimed science fiction film that highlights this theme. Here are three big reasons why this film is great for anyone interested in language and communication.

Communication Is The Theme

While it’s science fiction in nature, communication is the central theme and problem of Arrival, a film based on a short story by Ted Chiang called “Story of Your Life.” Unlike the fanciful genre films such as Star Wars or even Independence Day: Resurgence, the arrival is a more realistic movie about “first contact.” That is to say, when humans meet with life from another world.

In this film, the aliens arrive here, in massive ships hanging in the sky, but rather than invade the Earth as they do in popular science fiction action films, they wait. And eventually it is clear that they are trying to communicate. The idea of attempting to establish ground-rules and grammar for a life form with no reference to Earth languages is heady, conceptual stuff, but the movie tackles it head on.

Arrival actually looks at some of these more contentious issues in its attempt to examine both its characters and the notion of what it would take to establish some kind of foundation for communication when there is no common point of reference aside from what is in the room with you.

The Hero Is A Linguist

Amy Adams plays Dr. Louise Banks, a linguist who has been tapped to use her expertise to establish some means of communication with the aliens that show up. She is not an action hero and the film’s emphasis isn’t on explosions. Rather, it’s a considered exploration of the meaning of communication and symbols, as well as how our language and perceptions shape us. In attempting to communicate with a lifeform that is utterly different from what we are familiar with, both Dr. Banks and the audience must do away with the preconceptions that popular culture has created for us about both alien life and communication.

Language Is Not Just Words

When we communicate, we are not just using sounds, we are using our brain to assign meaning to sound, or letters, or the shape of a hand in the case of sign language. There is a conscious process at work, and there may even be a significant rearrangement of our brains in order to process language, an issue still being debated in linguistics communities. Arrival actually looks at some of these more contentious issues in its attempt to examine both its characters and the notion of what it would take to establish some kind of foundation for communication when there is no common point of reference aside from what is in the room with you. But Arrival does do one thing clearly, with no room for debate: It stresses the importance of communication. Fortunately for people on this planet, professional language translation services are easy to find. Contact us today to see how we can work for you. 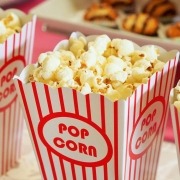 The Word on Movie Translations 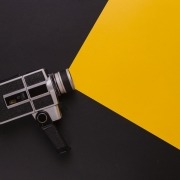 How to Use Translation Glossaries