Home1 / Blog2 / Did you know?3 / Women Are Ready to Roar at the Women’s World Cup in France

From June 7 to July 7, 2019, France will host the Women’s World Cup. The opening match takes place in Paris, while the semi-finals and final will be hosted by Lyon. In between, matches will be played in these beautiful cities across the country:

Much like the Olympics, this is a tournament that takes place every four years. With all of the excitement that surrounds this competition, we thought it might be fun to take a look at some of the things you should know about the event, its participants, and the diversity that makes it something to look forward to.

In 2011, Japan and the USA faced off in fierce battle, which was won by Japan. In 2015, these two teams met again with a different outcome as USA defeated Japan to claim the title. The USA looks to repeat, but Japan is itching for a rematch.

The 2015 Women’s World Cup tournament was watched by 764 million viewers.

3) Women are here to fight.

From Argentina to Thailand, the women of the world are here to compete. They’ve worked hard to get to this position, and they’ll stop at nothing to see it through. Ones to watch are reigning champs USA, as well as strong contenders Germany and France.

4) The reward money is slightly better.

At the 2015 Women’s Cup, the prize money awarded was $2 million, which paled next to “the $35 million the men’s champions, Germany, took home” (CNN). This year, the winning women will take home $4 million.

As with any major world-represented sporting event, there is a need for many helping hands. FIFA reports that “2,500 volunteers will take an active part in the hosting of the tournament. Candidates from all over the world can become a volunteer, but they should be able to speak French and ideally possess a reasonable level of English.”

6) The mascot is a chicken.

Ettie, a sweet (but tough) young chicken, will be this year’s mascot. According to FIFA, “She is the daughter of Footix, the official mascot from the 1998 FIFA Men’s World Cup in France.” This keeps tradition alive while showing that women, even of the domestic fowl variety, can be tough on the field.

Women are powerful. From the field to the farm, the office to the operating room, there’s no stopping them until the job is done. We are a Certified Woman Owned business (WBENC Certified) that was created to help our clients breach the cultural barriers that can hold them back from conducting international business. Just like the teams competing on the field this summer, our professional translators have a reputation for being reliable, professional, and unstoppable. Contact us today. 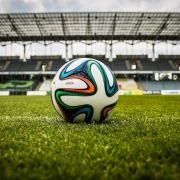 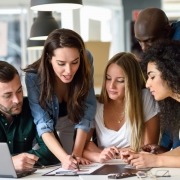 Finding French Around the Globe
Scroll to top